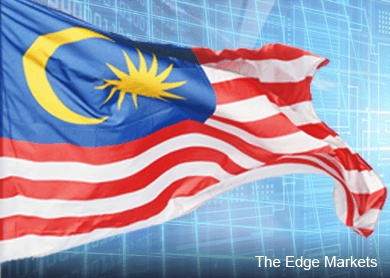 KUALA LUMPUR (Jan 14): Malaysia is set to miss its fiscal deficit target of 3% of gross domestic product (GDP) this year, with oil price at US$50 per barrel, said Morgan Stanley Research.

Morgan Stanley Research in a report on "What’s in Store for 2015?" today said despite Malaysia's fuel subsidy rationalisation, its fiscal balance is likely to be negatively affected by at least a net -1.3% of GDP as Malaysia is an oil and gas (O&G) net exporter.

"This raises the risks that policymakers would need to cut back on expenditures or increase revenue elsewhere to stay on the fiscal consolidation track, posing a double-whammy for the economy," it said.

"On the monetary front, disinflation coupled with downside growth risks would increase the likelihood of Bank Negara Malaysia easing and the currency, which is historically correlated with oil prices, has already borne the brunt of the negative terms-of-trade shock," it added.

Morgan Stanley Research noted that fundamentally, falling oil price compounds the Dutch disease problem that Malaysia was already facing with the reversal of the commodity supercycle. (The Dutch disease refers to the negative impact on an economy of anything that gives rise to a sharp inflow of foreign currency, such as the discovery of large oil reserves.)

"Currency depreciation is a near-term solution to restore competitiveness. However, structural reform measures to address the quality of human capital would be the only sustainable panacea to offset the growth impact from lower commodity prices," said the research firm.

"Indeed, growth momentum in mega investment plans such as the Economic Transformation Programme and the Iskandar Development Region can only have longevity if policymakers implement a critical mass of reforms to improve “soft infrastructure”, that is, human capital.

"In that context, implementation of the Education Blueprint plan (2013-2025) would be important to watch and some steps have already been taken on that front," said Morgan Stanley Research.

Falling oil prices would also significantly weaken Malaysia's current account surplus, said Morgan Stanley Research, although it does not think it would turn deficit just yet even with oil price at US$50 per barrel.

"Indeed, every 10% fall in oil prices would redistribute oil/gas trade surplus away from Malaysia, reducing it by 0.6% of GDP, all else equal," it added.

However, the research firm is of the view that consumers would benefit from oil disinflation in the near term with every 10% fall in oil prices reducing headline Consumer Price Index by 0.9 percentage points from first-round impact alone, until downside growth risks eventually translate into lower income growth for households.

"Meanwhile, the added risk to watch is what oil price fall means for oil substitutes such as crude palm oil (CPO) and coal. As a rough rule of thumb, every 10% fall in CPO price would reduce CPO trade balance/current account balance by -0.4% of GDP, all else equal," it added.