My Say: In 2022, Thailand could deliver an upside surprise 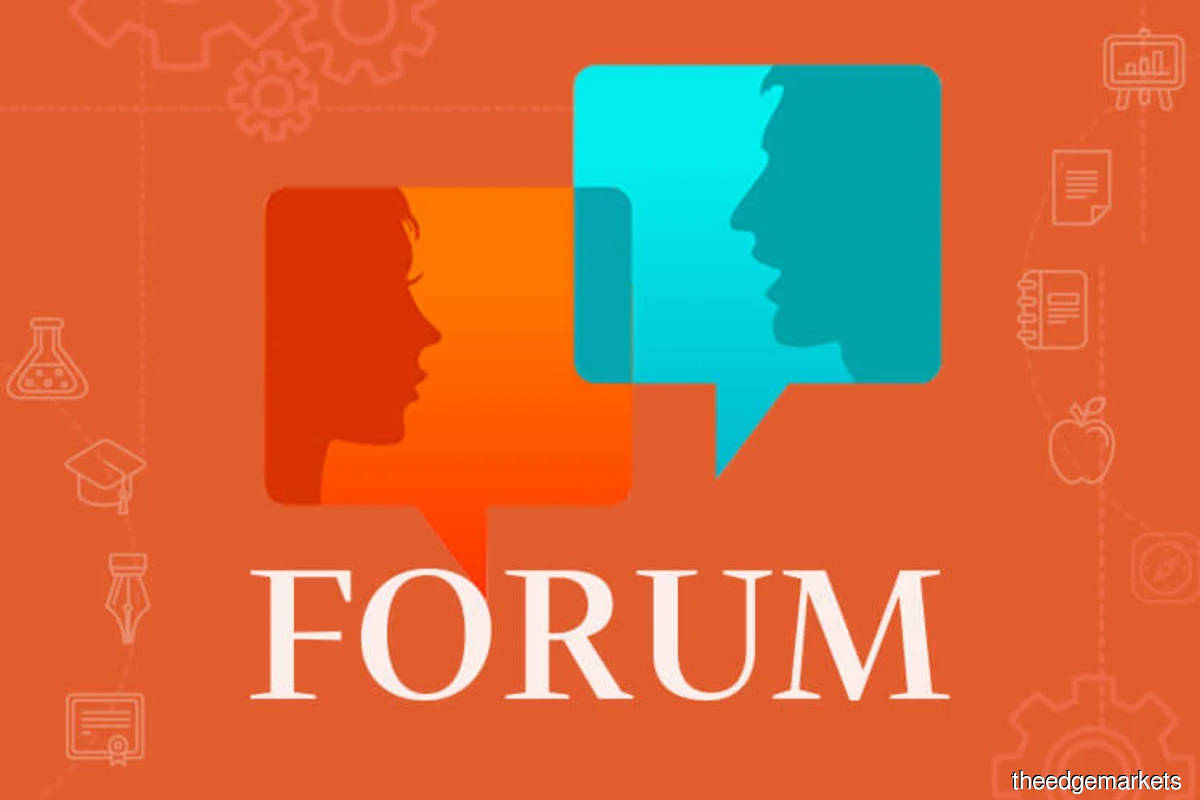 It has certainly been an annus horribilis or a year of great misfortune for the battered Thai economy. The Covid-19 pandemic has caused carnage in the tourism industry, which Thailand depends on heavily, a major reason why it underperformed its peers. Consumer and business confidence was not helped by an initially slow vaccination rollout, a 10% depreciation of the baht, continued street protests and infighting within the government.

We believe that the worst is now over. More than that, just as Thailand underperformed other regional economies on the way down, there is a good chance that it will outperform during the recovery, as its bruised tourism sector comes back to life and confidence revives. While there is always the possibility that the pandemic might throw yet more unpleasant surprises at us, we think that the economic damage it can cause will be contained. If there is a significant risk to the upbeat view on Thailand in 2022, it is that political turbulence could resurface.

Lacklustre growth in third quarter marked the trough for the economy

The Thai economy’s contraction of 0.3% in the third quarter compared with the same period last year probably marked the low point for the economy. The fall in domestic spending caused by restrictions on activity to contain the spread of the virus was too strong for even the buoyant export sector and robust government spending to offset.

However, high-frequency activity indicators show that the economy has bottomed out:

•     The Purchasing Managers’ Index for the manufacturing sector rose to 50.9 in October from 48.9 in September, registering the fastest expansion since April 2019. Business optimism in October was well above the historic level for the survey.

•     The Consumer Confidence Index of the University of the Thai Chamber of Commerce stood at 43.9 in October, up from 41.4 in September. Both the present sentiment and future expectations index improved, helped by the continued fall in virus infections and easing of restrictions on activity.

•     Capital goods imports, a proxy for future investments, have been growing by double-digit rates this year. Private investments rose 5.9% year on year in September, although this was slightly down from +6.1% in August.

There are strong underpinnings for the recovery

The economic revival this time is likely to be sustained as it is underpinned by a variety of factors.

First, there is less chance that the pandemic might cause extensive damage to the economy. One reason is that the vaccination roll-out has gained traction. The roughly 89 million doses given out have been sufficient to vaccinate around 64% of the population. At the current pace of jabs, the vaccination rate should improve to above 80% by the year-end — that is, levels similar to Singapore’s. Another reason is that the government is now firmly of the view that the economic revival must not be thrown off track by harsh measures to tackle surges of infections. The government has moved quite decisively to open the country to tourists even though worldwide infections are rising: with vaccines protecting more of the population and Thailand’s healthcare system able to manage the infections, the priority is now the economy.

Second, Thailand’s remarkably diversified export base tends to benefit strongly from a general rebound in global demand. It is a powerhouse for processed agricultural products as well as a major exporter of a wide array of manufactured goods, including end-use consumer goods, such as electrical appliances, but also intermediate goods. Unlike the East Asian dynamos, which excel in information technology goods, Thailand is relatively less exposed to semiconductors and related components, so it did not benefit as South Korea, Taiwan, Singapore or Malaysia did from the booming demand for IT goods during the lockdowns. But as the sources of new growth in global demand shift more to general merchandise and away from IT goods, Thai exports should recover forcefully.

Third, the revival of global tourism should also benefit Thailand disproportionately. Taking account of the direct and indirect effects, we estimate that tourism contributes around 18% to 19% of economic output, a much higher level than most other countries of similar size. Thailand’s economic planning agency has conservatively predicted five million visitor arrivals next year, a massive increase over the 200,000 foreign tourists expected this year, but puny compared to the 40 million visitor arrivals in 2019. Of this, Chinese tourists accounted for about 12 million. Since it appears unlikely that Beijing will allow its citizens to travel abroad freely until the end of 2022, this segment will not recover anytime soon. Nevertheless, our view is that there is such strong pent-up demand for travel and Thailand’s tourism offerings are so attractive, that the resurgence in tourists from non-Chinese markets will be much stronger than the official forecast suggests. Assuming tourist levels reach 20% of end-2019 levels, this translates into additions to the tune of 0.7% to GDP growth.

Fourth, rising commodity prices are a boon for Thai shipments of agricultural commodities, which have risen at a breakneck pace in recent months before easing to a still-robust +25.5% year on year in September. The World Bank’s forecasts for commodity prices next year suggest that the prices that are important to Thailand, such as those of rice and rubber, may ease slightly but still remain close to seven-year highs. That should provide support for rural sector incomes and spending.

Fifth, the opening up of borders will have another benefit, in the form of easing labour constraints. Worker shortages have hurt several sectors including construction, fishing and services because foreign workers have not been able to come into Thailand. Thais working abroad are also now allowed to return to their places of work. Thailand just sent its first batch of workers to Israel after a long absence.

Sixth, there is substantial pent-up demand waiting to be released — probably to a greater extent than in other Asian economies. For instance, private consumption spending remains roughly 7% below pre-pandemic levels as at September. Spending on durable goods, in particular, could revive strongly — current spending is 15% lower vis-à-vis pre-pandemic levels. Spending on services, which bore the brunt of the pandemic-induced restrictions, is a massive 28% lower. We think private consumption can surge 6% in 2022 after a desultory 2.5% expansion this year.

These multiple drivers of growth should offset the negative impact of the government’s conservative 2022 budget where spending will fall 5.7%, split between operating expenditure (-7%) as well as capital spending (-3.8%).

There are other drivers beyond the immediate post-pandemic spurt

Another driver of investment is likely to be the reconfiguration of global supply chains. Prior to the pandemic, our tracking of production relocation showed that Thailand was a beneficiary of the move of some niches of production out of China. This reconfiguration was interrupted by the pandemic but is likely to revive as the global economy revives. It is worth noting that Murata Manufacturing Co of Japan has just announced the construction of a plant to produce capacitors in Thailand. In doing so, Murata explicitly stated that it was a way to diversify its production bases.

In fact, despite the troubled economy this year, foreign direct investment applications to the Board of Investment have surged, more than tripling in January-September, with applications for investments in the EEC (+154.5%) accounting for more than half of overall FDI applications.

What can go wrong?

Our main concern is that political tensions are building up. Our baseline view is that protest activities will remain episodic in nature and small in scale for the immediate future — but we cannot rule out a less benign scenario.

First, the protests which had quietened down for a while appear to be gaining new momentum. Defying a recent ruling of the Constitutional Court banning such protests, some 800 protesters gathered in central Bangkok to vent their anger at the court’s ruling earlier this month.

Second, the protestors are becoming bolder in attacking the monarchy, something which was rare in the past. This has aroused the anger of pro-monarchy Thais, setting up the potential for clashes.

Third, there appear to be more disadvantaged Thais who are prepared to lash out at the elite. For example, disaffected youths from poor urban households who call themselves the “Thalugas” have been fighting running battles with the police almost every day in Bangkok. This is just one symptom of the growing resentment against a highly unequal society. Allegations that the current government has favoured a narrow set of business groups who have become immensely wealthy while the rest of the population has struggled have contributed to this growing anger.

Fourth, there are signs of infighting within the current government. There is talk about poor relations between Prime Minister Prayuth Cha-On and his long-time ally and Deputy Prime Minister, Prawit Wongsuwan. This has added to the disenchantment with the government.

Finally, the establishment’s response to growing challenges has been seen as repressive. There are moves to have the Move Forward party deregistered on a technicality — its previous incarnation, the Future Forward party had also been banned. Some fear that the Pheu Thai party will also be made illegal. The recent ruling by the Constitutional Court finding protest leaders guilty of seeking the abolition of the monarchy — a crime equivalent to treason and which potentially carries the death penalty — was a chilling example of such repression, which only serves to feed the anger at the grassroots levels.

While these tensions are real, we do not believe that they will crystallise into political disturbances that could paralyse the economy or cause widespread chaos. The government leaders continue to appoint competent technocrats to run the economy and to conduct foreign policy. Moreover, the Thai people are just coming out of almost two years of pandemic-induced difficulties — their priority is to rebuild their livelihoods. Most Thais also still remember the political convulsions between 2005 and 2014 that had set the country back and prefer not to see a recurrence, at least for now.

Thus, our view remains that while there could be political troubles, they are unlikely to upset the positive economic scenario we have sketched above.

All in all, we expect the economy to fire on all cylinders in 2022, with growth upwards of 4% an increasing possibility. Thailand has endured many setbacks in the past 20 years and its economic performance has taken a beating as a result. So long as the political frictions are contained, we could see the Thai economy delivering solid progress for the next few years.