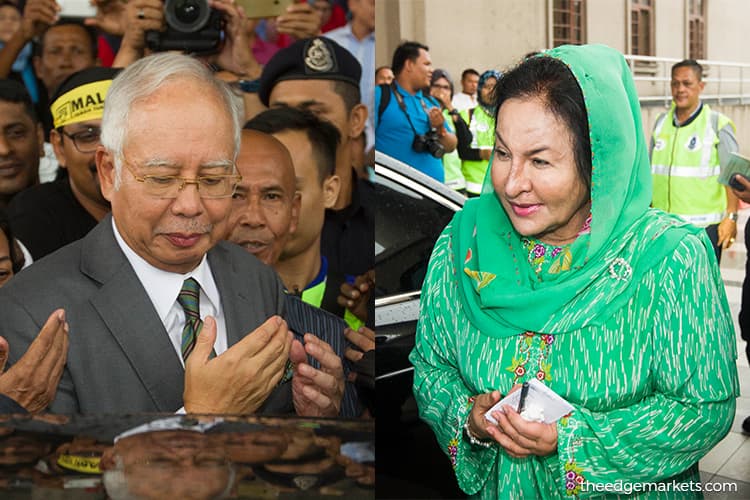 Both trials were initially scheduled to resume yesterday, but had to be deferred due to the extension of the movement control order for the third time.

The 1MDB case is to resume before Justice Collin Lawrence Sequerah.

Justice Mohamed Zaini Mazlan, who will hear Rosmah's graft case, has also fixed additional dates on July 6 to 9, 13 to 16 and 20 to 23 for the hearing.

Akram also said Justice Zaini had earlier set May 14 for case management of Rosmah's 17 money laundering charges involving RM7.1 million which was transferred into her personal account between 2013 and 2017, where she had also claimed trial.

Najib is facing four charges of abuse of power and 21 money laundering charges in relation to 1MDB's RM2.28 billion fund.

Meanwhile, Rosmah is accused of accepting a RM5 million bribe on Dec 20, 2016 at the prime minister's official residence in Putrajaya and another RM1.5 million bribe on Sept 7, 2017, in relation to the solar hybrid project for Sarawak's rural schools.

She also faces another charge of trying to solicit RM187.5 million from Jepak Holdings Sdn Bhd, in relation to the same project.