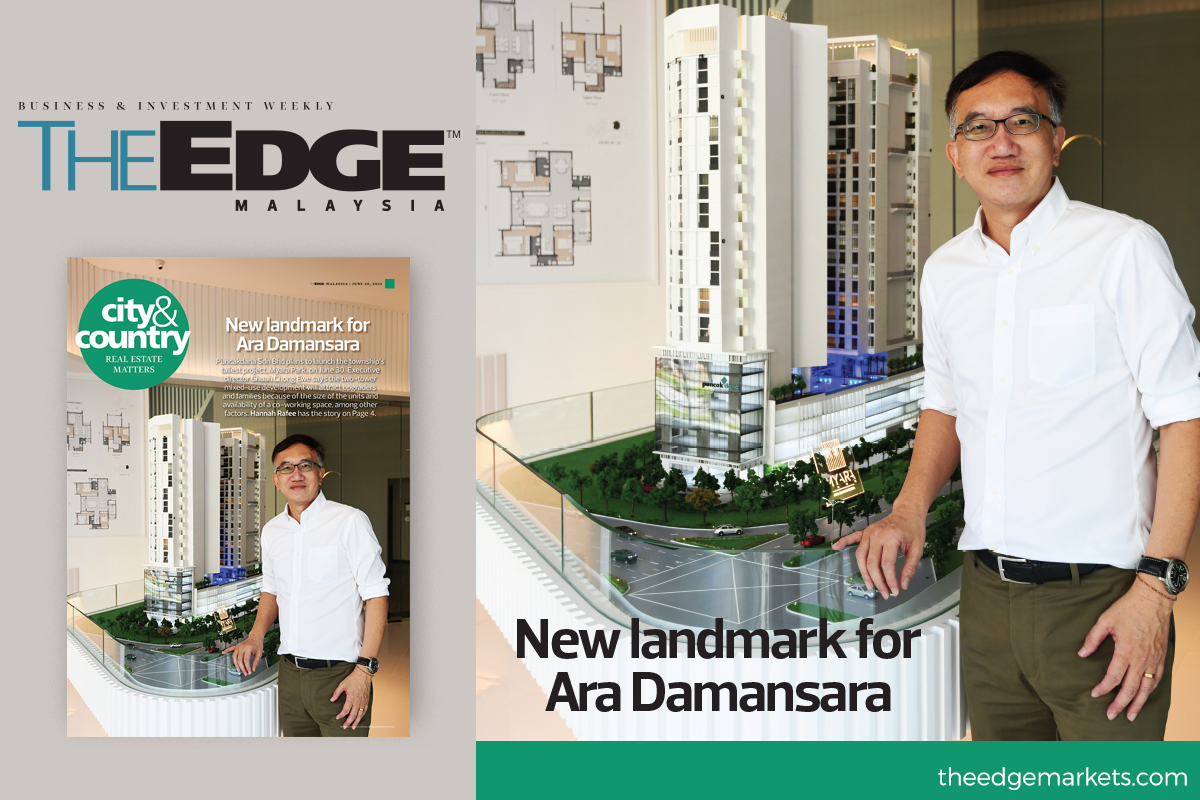 KUALA LUMPUR (June 19): Puncakdana Sdn Bhd plans to launch Myara Park on June 30. At 23 and 17 storeys, the two-tower Myara Park will be the tallest project in Ara Damansara.

Scheduled for completion in 2026, the low-density, freehold mixed-use project has a gross development value of almost RM200 million. The towers will be connected by a facilities podium on the fifth floor, four levels of commercial retail space and a three-level basement car park.

Read more about Myara Park and the company’s plans in the latest issue of City & Country, which comes out with The Edge Malaysia weekly’s June 20 edition.