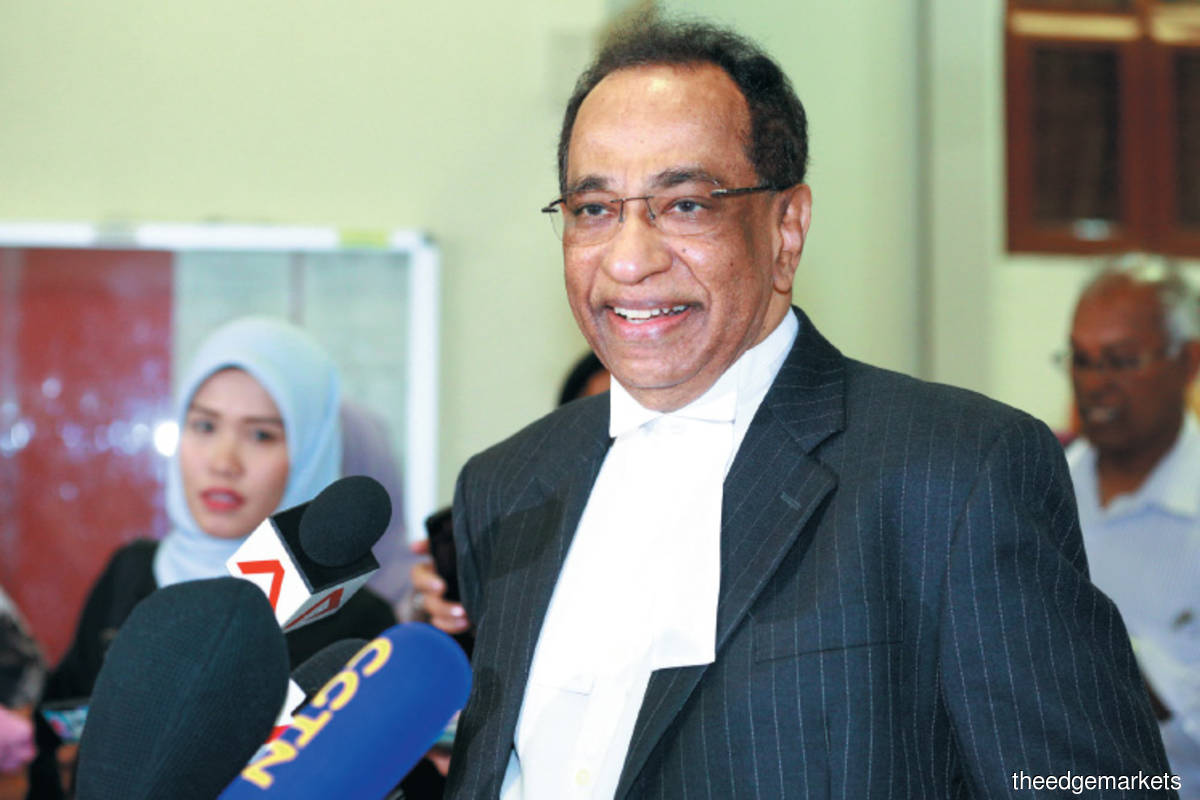 We don't know when Najib will be put into prison. It all depends on the decision of the Federal Court and the Court of Appeal.

KUALA LUMPUR (July 28): It would take approximately a year for the appellate court to uphold or throw out Datuk Seri Najib Razak's 12-year jail sentence after he was found guilty of all seven charges at the SRC International Sdn Bhd trial.

Speaking to reporters after the former prime minster was sentenced at the High Court, appointed prosecutor Datuk V Sithambaram said that if all goes as planned, it may be a year before Najib will have to face the prospect of serving his sentence.

"We don't know when Najib will be put into prison. It all depends on the decision of the Federal Court and the Court of Appeal," he told reporters outside the High Court complex.

"We estimate that both Appellate Court and Federal Court will take four to five months each, so if the records are ready and judgement is ready, approximately a year's time," said the prosecutor.

When asked if he is satisfied with the sentence and whether he is going to appeal the sentence, Sithambaram said that it is not up to him to decide.

"Whether the attorney-general is satisfied or not I don't know. I will have to take instructions from him," he said.

After nearly 100 days of trial and a total of 66 witnesses called to testify, Sithambaram said that it is a huge relief for him and his team on the findings of the judge.

"We came with evidence, both in documentary form and in witnesses. We presented the evidence, and we are pleased that the evidence which we trusted, which we thought there was a case, [were] accepted by the court. Of course it is a huge relief for us with the findings of the learned judge," he said.

He commented that justice has been served in this case as Judge Mohd Nazlan Mohd Ghazali found their case to be proven beyond reasonable doubt.

Najib was sentenced by the High Court to 12 years in jail and fined RM210 million.

This follows Justice Nazlan's finding the Pekan member of Parliament guilty of all seven charges, which included one for abuse of power involving the RM4 billion loans granted by Retirement Fund Inc to SRC, three counts of criminal breach of trust (CBT) involving RM42 million and three counts of money laundering.

The judge said the 12 years' imprisonment and RM210 million fine are for abuse of power, while the three CBT charges carry a sentence of 10 years' jail each. Meanwhile, the money laundering charges carry a 10-year prison sentence each.

Justice Nazlan said if Najib fails to pay the fine of RM210 million, he faces another five years in jail.

Najib was then granted a RM1 million bail in two sureties to be paid by tomorrow afternoon after his lawyers had appealed for a stay of execution on his sentence.

This amounts to RM2 million in bail as Najib posted RM1 million in bail when he was charged in 2018 for the trial. The former prime minister must also report to the nearest police station on the 1st and 15th of every month.

Zahid: Najib told me this is not the end of the world

Judge says no to Najib's bid to delay sentencing mitigation