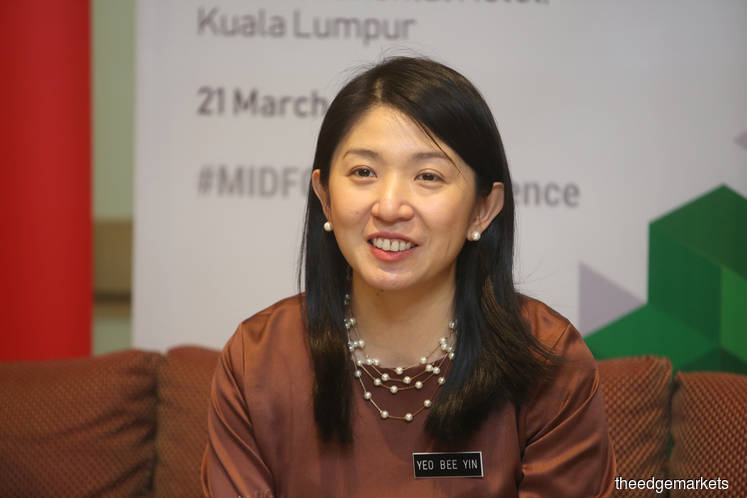 KUALA LUMPUR (Nov 4): The government decided to proceed with the power generation project on Pulau Indah partly because there is a need to raise supply in the central region to cope with the strong demand, especially in the Klang Valley which accounts for 43% of the total demand in the peninsula, according to Energy, Science, Technology, Environment and Climate Change Minister Yeo Bee Yin.

"Even when Malaysia has a high reserve margin on average, it is not equal between different locations.

"To ensure energy security, the government uses the 'islanding' concept to ensure energy supply in one area is sufficient to support the demand in the same area," the minister explained.

"Our technical study found that we have a need to increase generation capacity in the central zone before 2024.

"We also have a restriction because the upgrading works on grid line is facing delays at this point in time," she said, referring to a transmission line project in Bentong, Pahang," she said.

Yeo was responding to a question from Datuk Seri Ahmad Hamzah (BN-Jasin) on the rationale of approving independent power producer (IPP) projects in Selangor and Kedah despite the reportedly high reserve margin of over 40% enjoyed by the country presently.

The projects, she said, were approved by the previous government and the current administration did not cancel the projects in lieu of technical, legal and financial issues including compensation to the companies involved otherwise.

"However, a renegotiation is underway to ensure cost-competitiveness," she said.

It has been reported that a Bentong power line project connecting 500kV transmission lines to Lenggeng and 275kV lines to Ampang which started in 2015, was suspended amid concerns over its environmental impact on the nearby Janda Baik area, which is famous for its eco-tourism.