Serenity in a box 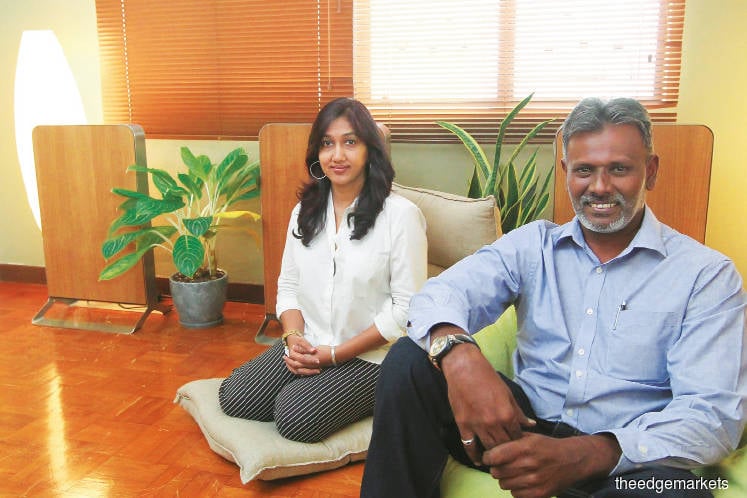 Product description and USP: Zazen Health Solutions has invented a machine that emanates a scalar or zero-point field that helps people get into the alpha state and combats the effects of high-frequency electromagnetic field (EMF) pollution.

Currently exporting: Yes, to Sweden, Canada  and the US

frequency electromagnetic fields (EMFs) 10 years ago, the world was largely unaware of how toxic their mobile phones and the WiFi hot spots in their homes were.

Chairman Dhyan Vimal had tasked chief operating officer Shashi Taran to come up with a product that could produce scalar waves or a zero-point field so people could return to their resting state instead of remaining in the anxiety and tension of perpetual “fight or flight” caused by constant exposure to EMFs.

Shashi worked with the Mobius Coil invented by physicist Nikola Tesla. It produces a scalar wave, or an emanation of 7.83Hz, the frequency emitted by natural environments such as forests and mountains that helps the body rest and heal.

In a nutshell, when an electrical current flows through the wires in opposing directions, the opposing EMFs cancel each other out, thereby creating a zero-point field. Eventually, after much trial and error and discussions with other engineers, Shashi was able to develop a powerful 300-core machine, incorporating nine coils in one big board and stacking 12 of these boards together so that they used very little power but produced a strong field around it.

The company took these machines overseas and created partnerships to start selling them. Although there was some initial interest, and the problem it addresses has become even more urgent, it has been tough going for the company.

“The thing about EMFs is that they affect whole ecological systems — animals, plants, humans, everything. We do not have any data on the effects of 5G, but there is almost 28,000 research papers on 4G in a database in Germany. And it is really a cause for concern,” says head of marketing and business development Yasotha Krishna.

She says the two main concerns about EMF pollution are a drop in fertility rates and an increase in a laundry list of neuropsychiatric disorders such as fatigue, depression, suicidal thoughts, anxiety and attention deficit hyperactivity disorder. Research has also linked exposure to EMFs to more cases of autism (it was one in 2,000 before 1980 but it is one in 100 today) and malignant brain tumours, among other things.

However, little has been done to regulate the pervasiveness of EMFs or supporting solutions. So, Yasotha is understandably frustrated.

“The people who do not believe that EMFs are hazardous always ask about the evidence. There is evidence of the harmful effects, up to 4G. And you cannot deny the fact that it is already affecting human biology, not to mention what it is doing to the community and society,” she says.

“We are already in a crisis situation. It is not something that will happen in the future. It is already happening now and it will only get worse.”

Shashi agrees. He points out that with other bad habits such as a bad diet, smoking or excessive consumption of alcohol, a person has the choice to desist. However, with EMFs being all-pervasive, they have no choice. “It is everywhere,” he says.

Yasotha nods. “So, your rights have actually been taken away in some sense. It is invisible and it has been imposed on you without you realising it. You cannot say yes or no. There are no voices in this situation.”

With the help of a RM744,000 grant from PlaTCOM Ventures Sdn Bhd, the government commercialisation agency under Agensi Inovasi Malaysia, Zazen developed the 300-core machine and had the confidence to go abroad with its product.

“The design, durability, engineering and integrity of the product was good enough for us to explore Europe, Canada and the US. I would say the response was good. At least, we were given a chance to showcase the product,” says Yasotha.

“And another thing about Europeans. Their awareness of the effects of EMFs on biology is greater than ours. So, they could look upon this as a solution,” says Shashi.

Yasotha cuts in, “Not so much awareness though. There is still a lot of room for improvement. I would say their awareness is slightly higher than in Asian countries. But there is still a lack of awareness globally. Otherwise, parents would not be giving their children smartphones. It is as simple as that.”

She acknowledges that things have not been easy. “It is tough not only because of the lack of awareness in Malaysia but also because of the whole global consciousness about technology and EMFs,” she says.

“Some parties have told us that the scalar falls under Industry 5.0. So, we are ahead of our time, crossing boundaries of quantum healing and quantum mechanics. There is a lot of catching up to do with regards to the mass consciousness about scalar, about energy, about EMF, about how biology works and the nervous system responds, before they can even understand our language. Basically, we are speaking a different language.”

Shashi points out that before, illnesses were attributed to physical causes. “But nowadays, a lot of the things are due to environmental energy. You walk through Mid Valley Megamall, for instance, and come back tired. There is no reason. Nobody has looked at how the EMFs there, the WiFi, is affecting you. It is energy, but it is manmade energy — an unnatural thing.”

Since the last interview with Enterprise two years ago, Yasotha acknowledges that there has not been much progress. “If you ask whether we have had a quantum leap in terms of sales or in terms of expansion, the answer is no. It has been tough.

“Yes, we have some business in Arizona, New York, Vancouver, Toronto, Zurich and Sweden. But we have not been able to mobilise that much action yet. We are slow. We need more push, more effort.”

What can the government do?

Yasotha says she wants the government to recognise that the company has a product that addresses a global issue. “We have Professor Olle Johansson (a Swedish neuroscientist with the Karolinska Institute who has been studying the effects of EMFs for more than 30 years), who is like our godfather, our support and who always mentions us when he is talking about solutions to the EMF problem. We have people overseas championing us. So, what about people from our own country?”

She also wants the company to be invited on trade missions abroad for the purpose of business expansion.

Shashi says the company would like some government support to do studies on the effects of scalar on human biology. “We have hundreds of testimonials with regards to our scalar machine, but what we want is concrete evidence.

“Right now, people are getting better, they feel better, they look better, their performance has improved with regards to work and productivity and their sleep has improved. But what we do not have in hand is a study that says being in this energy field has such and such an effect on you. I think this will require the help of the government itself because studies like these are very expensive.”

The company would also like to be included in the debate on government policies with regards to EMFs and the environment. “Why shouldn’t you include us? We have so much information that we can share and we are connected to experts around the world. I do not know whether people are ready for us. But we are ready for people and we want to help,” says Yasotha.