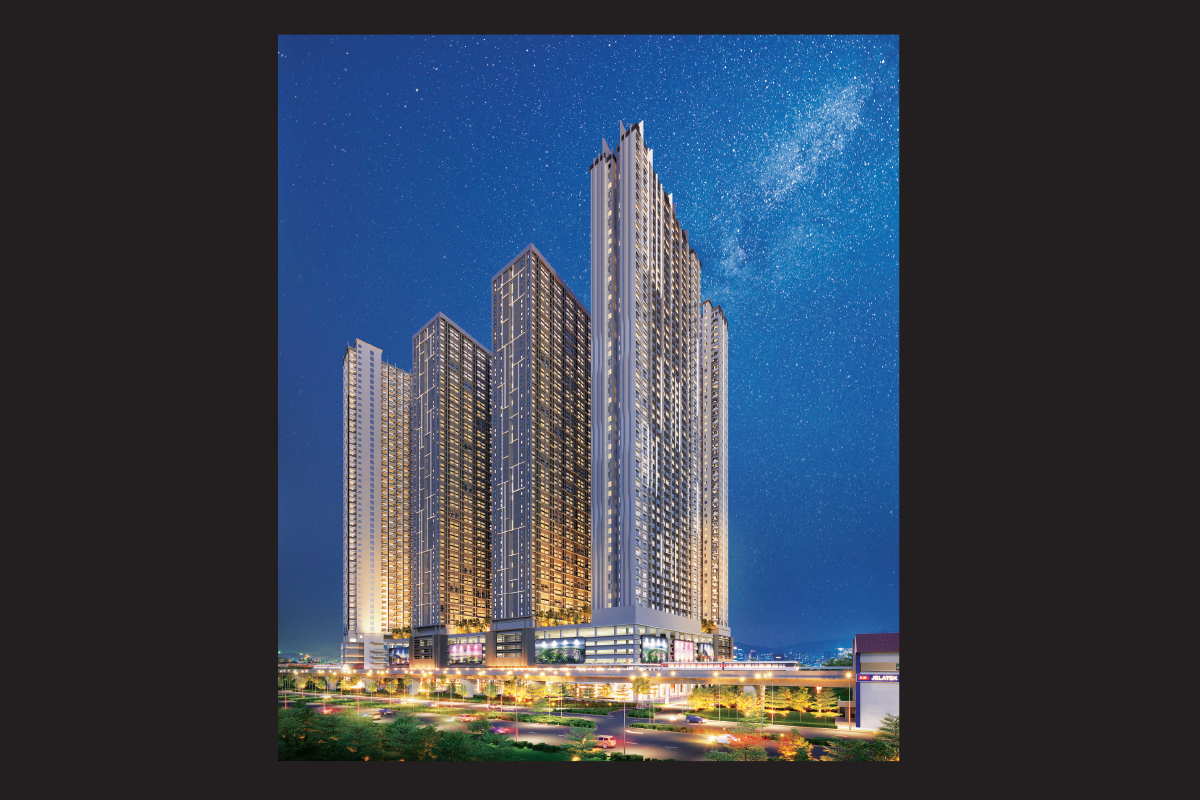 Artist’s impression of Astrum Ampang, which has an estimated GDV of RM1.6 billion (Photos by Setia Awan)

Setia Awan Group will launch its mixed development, Astrum Ampang, on Sept 6. Sitting on a 6.85-acre leasehold parcel on Jalan Jelatek, Kuala Lumpur, the project has an estimated total gross development value of RM1.6 billion and will comprise six towers of between 24 and 48 storeys: Towers A, S, T, R, U and M.

Because of the pandemic and travel restrictions, the developer has been unable to market and sell the project the conventional way. “We have been doing extensive digital online marketing to promote the project via webinars and Facebook. We foresee that there will be demand for Astrum Ampang regardless of current market conditions,” says Setia Awan sales and marketing senior general manager (central region) James Andrew Bruyns.

According to Setia Awan executive director (central region) Ng Teck Hua, “Astrum” refers to the stars and constellations, sky and heaven in Latin. “Astrum has six letters, each representing the six towers (six-point stars) of the development.” Ng (left, with Bruyns): We intend to increase homeownership among the B40 and M40

Bruyns says the SoHo transit concept is the first of its kind in the country and governed by the Housing Development Act (HDA) in collaboration with Lembaga Perumahan dan Hartanah Selangor (LPHS) and the Ministry of Housing and Local Government (KPKT). “These units are suitable for young working adults who frequent the Kuala Lumpur CBD and want to live near the city centre,” he says.

Phase 1 units are targeted at first-time homebuyers aged below 40. “Nowadays, the younger generation are not able to own a property because of affordability. These units will appeal to them, as the price is affordable,” says Bruyns.

Ng believes every project has its own challenges. He says: “Smaller units are harder to design and space utilisation plays an important role. So, we spent lots of time on planning and designing the layouts to ensure they are functional and that storage and space are maximised efficiently to make the units feel spacious. Also, the project’s high density may be a potential buyer’s main concern, but [in reality,] the population is relatively small, as the units are for either single occupancy, couples or small families.

“Ultimately, we intend to increase homeownership among the B40 and M40 (Bottom 40% and Middle 40% income groups), which is part of Setia Awan’s corporate social responsibility. We aim to establish a market presence in the Greater Klang Valley as a responsible developer that provides quality and affordably priced homes.”