Streetscapes: Activity picking up at Radia in Bukit Jelutong 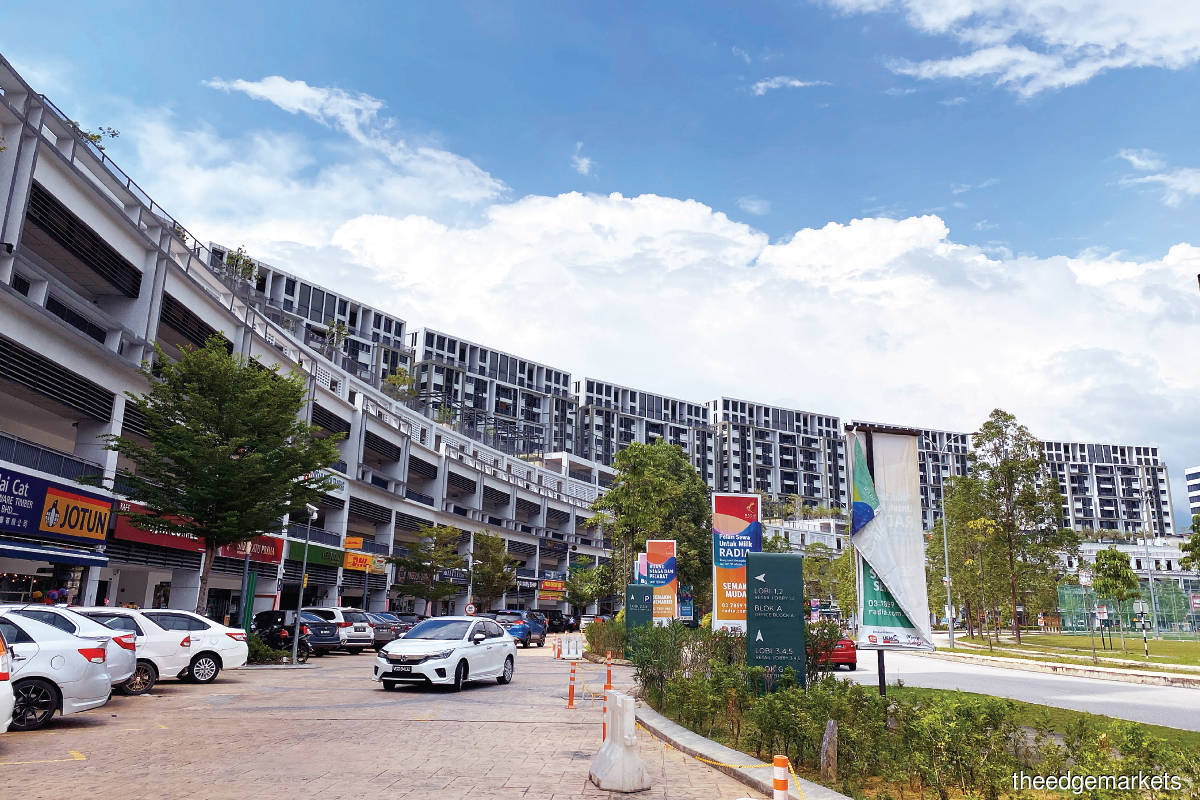 Handed over in February 2019, the shops and restaurants at Radia include Blue Cafe, Pizza Hut and Hero Market (Photos by Hannah Rafee/The Edge)

As the overall Covid-19 pandemic situation improves, the thoroughfare along the commercial area of mixed-use development Radia in Bukit Jelutong, Shah Alam, appears to be livelier — a sign that things are going back to normal.

Patrons, who are mainly locals in the neighbourhood, visit the commercial component of Radia, which also comprises Radia Residences, to pick up their coffee at Costa or check out the artisan Homebaker @ Clover for its freshly baked cinnamon rolls. A recent addition is the nasi padang-style restaurant Sari Ratu Prima.

Handed over in February 2019, the other shops and restaurants there include Blue Cafe, Pizza Hut and Hero Market. There was a slight increase in footfall and traffic in the area when the new shops were opened.

“In April 2014, the JV company Sime Darby Sunrise Development Sdn Bhd launched Radia Residences. Upon completion in 2018, the RM1.6 billion development would provide shopping convenience and easy access to services for the 40,000 residents and working population in Bukit Jelutong.” In terms of market performance, the commercial component appears steady. “There were some transactions seen in Radia Residences @ Bukit Jelutong. The price psf ranges from RM321 to RM523 psf while rents are RM1,400 to RM1,500, which is RM1.70 to RM1.80 psf, and the yield is about 4%,” says See.

“We can’t find any transactions from JPPH (Jabatan Penilaian dan Perkhidmatan Harta Malaysia) for the commercial shops for last year. The asking rent is RM3 psf and the yield is at about 2.5% to 3% for a retail lot.

According to See, the area does present some challenges. “There is a lack of local population to support it as [the area] mainly comprises landed properties such as bungalows and semi-detached and terraced houses.”

He adds, “Competition from conventional shopoffices nearby like Persiaran Balairong and the semi-detached shops provide the drive-to-the-doorstep concept that is preferred by most Malaysians.”

Nonetheless, there are promising prospects near the commercial area of Radia in Bukit Jelutong. “[There are a] few empty plots of land [that can be] developed to bring in the population,” says See.