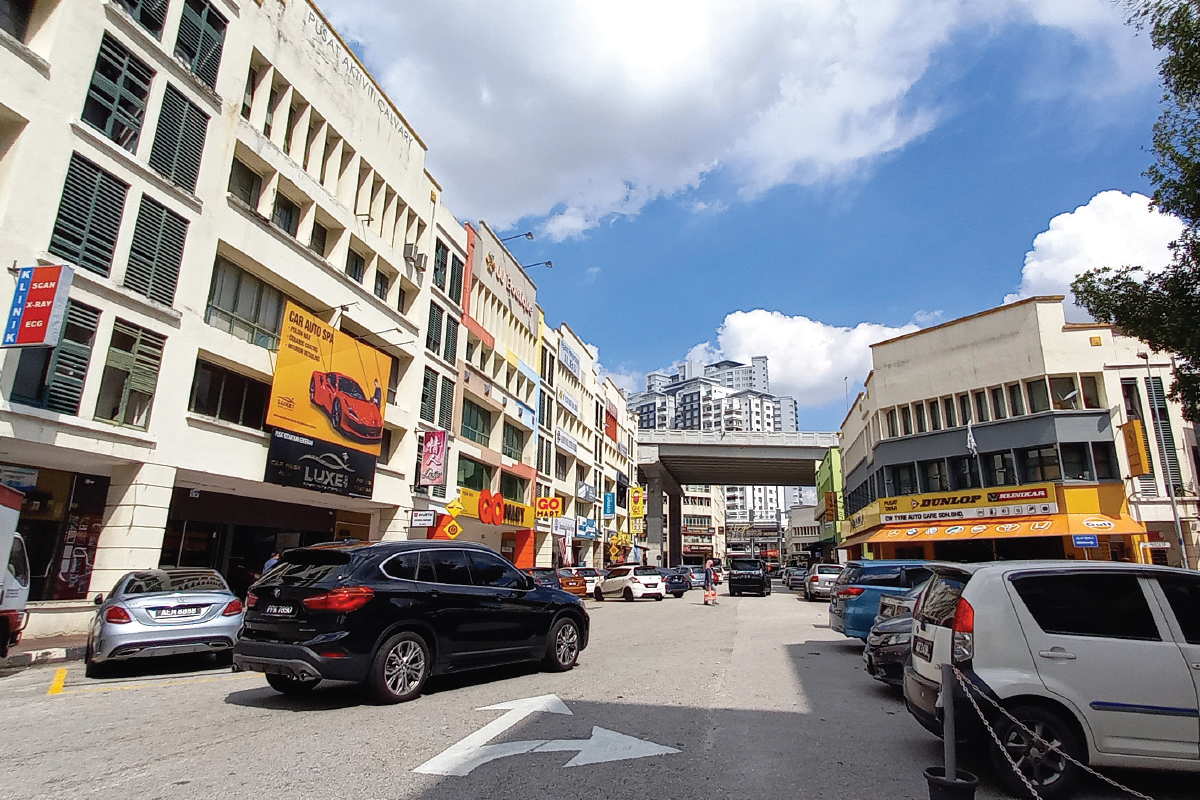 The commercial area is surrounded by high-rise buildings, with the sizeable population supporting the businesses there (Photo by Patrick Goh/The Edge)

According to Metro Homes Realty Bhd executive director See Kok Loong, Damansara Perdana used to be an Orang Asli settlement until developer MK Land Saujana Triangle Sdn Bhd bought most of the land and started developing it in 1996.

“Since then, Damansara Perdana has become one of the best-selling townships in Petaling Jaya, with total sales exceeding RM1.9 billion.

“The 750-acre Damansara Perdana is located within the Golden Triangle of Petaling Jaya, which also consists of Bandar Utama and Mutiara Damansara. It is accessible via the Damansara-Puchong Expressway, SPRINT Highway (Penchala Link), Persiaran Surian, and NKVE,” says See.

See says the Damansara Perdana commercial area is surrounded by high-rise buildings, with the sizeable population supporting the businesses there. He says rents have been stable over the years. According to him, shoplots with a land area of 1,650 sq ft are tenanted at RM4,500 to RM6,000 per month. The ground and first floor shops can command rents ranging from RM1,500 to RM1,800 per month, whereas the second and third floors can be let for RM1,200 to RM1,400 per month.

See believes, however, that the upcoming Damansara-Shah Alam Elevated Expressway (DASH) will affect prices in the area upon its completion. “The DASH highway has an impact on the pricing and environment. In 2013 and 2014, entire blocks were transacted at RM3.5 million to RM4 million. Prices have come down because of the construction. The highway creates an elevated road on top of the existing road. It will bring traffic congestion to the area,” he says.

As for the residential properties in the area, he notes that a 420 sq ft unit in Neo Damansara was transacted at around RM600 psf in October 2020, while at Metropolitan Square, units measuring 1,227 to 1,237 sq ft changed hands at RM285 to RM387 psf this year.

“The outlook [for Damansara Perdana] is stable but prices won’t appreciate in the next few years because of the pandemic. In the long term, say, five to 10 years, with Empire City 1 and 2 completed, prices might go up,” says See.