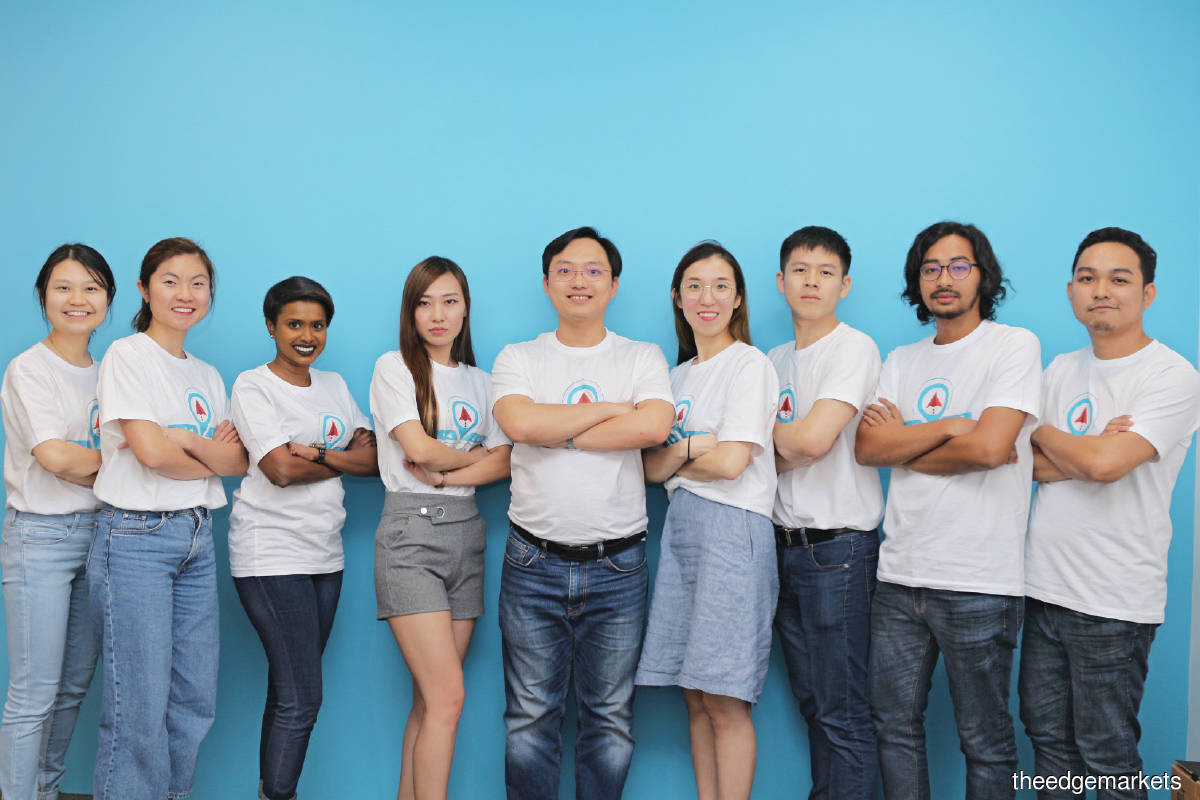 At a time when travel-related companies are closing down due to the hit taken by the industry, one Malaysian travel-related start-up, Tourplus Technology Sdn Bhd, has managed to raise US$1 million (RM4.15 million) from a slew of investors who are bullish on the sector and feel that this company has positioned itself well to take advantage of the expected surge in domestic tourism once the pandemic has been addressed.

These investors range from Citrine Capital founder and managing director Wong Jin Hui, in his capacity as an angel investor, as well as Malaysian corporation GT-MAX, global venture firm SOSV, SOSV’s accelerator Chinaccelerator and a few other undisclosed investors.

Wong, who is leading the investment, told Digital Edge in an interview that what investors were most impressed with is the fact that Tourplus has its own travel agency licence and has signed up more than 3,000 drivers and tour guides on its platform already.

“Their transactions last year were pretty impressive,” he says.

He adds that going by what happened in China, investors believe there will be a significant rebound in the domestic travel industry either next year or the year after, depending on when the vaccine for Covid-19 comes out.

Wong feels that Tourplus is on the right track for the Southeast Asian market. “For Southeast Asians, the most important thing is food. So, for the next 24 months, Tourplus is going to create something new where it lets the crowd build content within the app to let people know where the good food is.”

Meanwhile, Tourplus founder and CEO Rickson Goh said in the press announcement of the successful closing of this funding round, that 40% of the investment is going to be used for product platform expansion and the refining of Tourplus’ technology solution while 30% is being allocated for marketing in its bid to expand its market base by securing clients and establishing its brand across the region. The remaining 30% will be used to beef up its manpower.

He is fairly certain that the company has hit on a winning formula and will be building itself up to address what he sees as a fairly untapped market — domestic tourism in Southeast Asia.

Tourplus started out in 2015 as an itinerary-sharing platform. “It was so people didn’t have to plan their own holidays. They could share the itineraries of others who had travelled to the same destination for free. It was more of a social media kind of thing for you to share your travel experiences.”

But while its platform was undoubtedly popular, there was just one problem: There was no way to make money from it. So, in 2017, the company pivoted for the first time.

In its first two years of operation, Tourplus saw that people not only wanted to share itineraries, they also wanted a private guide who would take care of all the fiddly stuff like arranging for transport and making the bookings.

“We found that there was a gap in the private tour segment of the market that no technology platform at that time was addressing. In fact, a lot of the tour business was still very manual,” Goh points out.

So the company designed an app and put up a website to facilitate private tours.

It was a popular concept and the funders, at least, liked it. Tourplus managed to raise US$400,000 in funding last year for this private guide model.

Goh says when the company launched its new business model, about 90% of its customers were foreigners — mainly from Australia, Indonesia, Thailand and the Philippines. “We brought inbound customers, that is, people from overseas to Malaysia.

Then, William Bao Bean, partner at SOSV and managing director of Chinaccelerator, brought the company for a pitch in Shanghai and it was accepted into Chinaccelerator Batch 16, which ran from September to November 2019. Things were going very well for the company and it had positioned itself to bring tourists from China into Southeast Asia when the pandemic hit and all countries went into lockdown.

Goh admits that in March, when the first round of Movement Control Order was imposed, the company had no idea what to do. “All our business was mainly from foreigners and when they stopped coming, our business stopped. We had zero income for a few months.”

So, the company cut costs, scaled down its team and cut salaries, some by up to half. It also tried out different things to earn money. “For instance, we ventured into frozen food delivery, setting up our own platform, GetFoodPlus.com. We also had our tour guides delivering groceries to customers,” says Goh.

And as the company tried out all these different businesses, it slowly came to fix on its new business model. “We knew the way to survive was through domestic tourism. In the three months before the second spike, we saw a threefold increase in sales from domestic tourism compared with the pre-Covid days. Most of it was in terms of going to museums or other local attractions,” says Goh.

He points out that domestic tourism is a different ballgame from international tourism. For starters, 96% of the travellers prefer DIY (do-it-yourself) holidays rather than book a tour package with one of the different agencies.

“This market is very big and, I can say, largely untapped. But there is a gap where people travelling domestically don’t know where to go. And the major platforms such as TripAdvisor don’t feature enough domestic destinations. You can only find these on social media or travel blogs,” he says.

This is why domestic tourists tend to download articles or blog posts such as “The top 10 things to do in Melaka”. “The problem with that is that they tend to feature the more commercialised destinations rather than the hidden gems,” Goh notes.

Solving that problem was not a matter of building a better app; it was about getting better content. “We felt that travel content should be generated by travellers and not just bloggers. Therefore, we enhanced our app from the original version into a socially-curated app allowing people from everywhere to put in reviews or share their experiences,” says Goh.

Basically, Tourplus is looking to create the TripAdvisor or Dianping (TripAdvisor’s equivalent in China) of Southeast Asia.

He says when travellers search for a particular merchant on TripAdvisor, it does not alert them to nearby places of interest. “So, most people will search on Google to see if these other places have a review. So, instead of that, we have photos and videos shared by other people. We base our recommendations on your geolocation and personal preferences.”

He adds that the other advantage of this platform is the ease of uploading a review. “People often complain that it is a hassle to upload a review on TripAdvisor. So, we made sure that with our platform, it is very easy to upload a review and share your experiences.”

What about the risk of fake reviews? “We will use certain algorithms based on different data points to ensure that the reviews are valid. We also have a feature that allows people to report reviews that they think are fake.”

He says Tourplus is trying to help local retailers be discovered by travellers. “We want to convert more traffic online to offline. And at the same time, we will work with these establishments to do more promotions using our app.”