Turkeys of the Year: Blame game following the floods 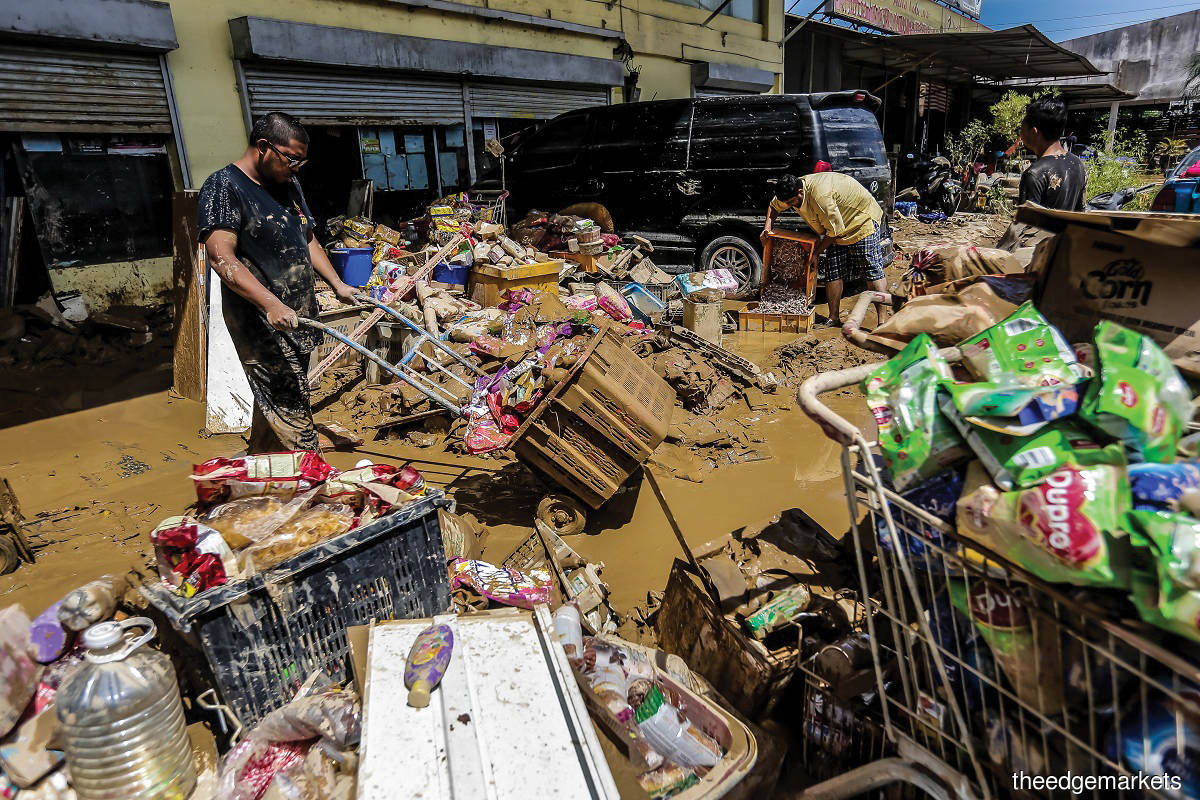 IN the late 1980s, a catchy song by the disgraced dance pop group Milli Vanilli titled Blame It on the Rain made it to the charts. The song comes to mind amid the public furore over the lack of a swift and coordinated response from the powers that be to the floods in the Klang Valley over the weekend of Dec 18.

The non-stop rain that started on Friday,  Dec 17,  and continued for more than 48 hours, flooded 33 districts in eight states and displaced 62,999 persons, as at Dec 21. The torrential rains caused by Tropical Depression 29W had claimed 37 lives as at Dec 24.

While flooding in low-lying areas in Klang, Shah Alam, Ulu Langat and Sepang in Selangor, garnered attention both in the mainstream and social media due to their location in the more urban Klang Valley, the situation in Pahang could be just as bad.

In the aftermath of the rain and flooding, fingers were immediately pointed at the authorities for not warning residents of rising water levels from overflowing rivers and drains.

On social media, netizens blamed the Meteorological Department for failing to monitor and update the public on the situation. Its director-general Muhammad Helmi Abdullah responded by saying that it had been providing information and warnings about the continuous rainfall since Dec 11.

Then many questioned the role of the little known Nadma in coordinating the rescue efforts during the floods.

It seems that Nadma is not the only agency responsible for disaster response. Minister in the Prime Minister’s Department Datuk Dr Abdul Latiff Ahmad had said in parliament in September that the responsibility for the management of a flood disaster response is shared between the local, state and federal governments.

“There are three levels of disaster management, the first involves a locality in a district, the second when more than two districts of a state are involved and the third involves two or three states. So everyone is aware of this,” he told a press conference at Taman Sri Muda last Tuesday, according to a Bernama report.

Aminuddin added that in the event of a state-level disaster, the state secretary would chair the State Disaster Management Committee and be in charge of mobilising all agencies involved to deal with the situation.

He also denied media reports saying that Nadma was reluctant to get the Malaysian Armed Forces (MAF) involved in relief efforts because a state of emergency had not been declared.

In response, Chief of Defence Forces General Affendi Buang issued a statement, effectively telling everyone to stop the blame game. Instead, he emphasised the need for greater cooperation between government agencies to ensure the safety of the flood victims.

In fact, some of the finger-pointing was also directed at victims of the flood.

According to Nadma’s Aminuddin, many residents in Taman Sri Muda, Shah Alam — one of the worst hit areas in Selangor — had initially refused to leave their homes when rescue teams came knocking.

They were reluctant to leave, believing it was going to be just another flood as the area is prone to flooding due to its location below sea level. News clippings with pictures of the area submerged in water from 1995 have been making the rounds on social media, along with claims that the area was originally meant to be a flood water retention area but somehow turned into a housing development.

This prompted calls for a public inquiry to reveal how housing projects were approved in a flood retention area.

Another issue which made the news is the faulty pumps in Taman Sri Muda. According to Selangor assemblyman for Kota Kemuning V Ganabatirau, the Selangor government had approved RM10 million in 2020 for the Department of Irrigation and Drainage (DID) to repair the pumps and other facilities to reduce the impact of floods.

This was not done at Taman Sri Muda, apparently, although it did get a temporary pump in November that was not sufficient during the Dec 18 floods.

Amid all the finger-pointing, there were many good Samaritans and non-governmental organisations who went to the ground to help the flood victims. A few lawmakers such as the member of parliament for Muar Syed Saddiq, Hannah Yeoh (Segambut) and Ong Kian Ming (Bangi) were also involved in rescue efforts, as seen in pictures on social media.

And last Tuesday, Ismail admitted to weaknesses in the government’s response to the flooding.

“I don’t deny (the weaknesses) and will improve [on them] in the future,” he said. “The responsibility is not that of the federal government alone, but also the state governments, and the frontliners, [which] are the districts.”

There are many lessons to be learnt from this disaster. For one, do not take Mother Nature for granted. It is said that with climate change, extreme weather will be more common going forward. Are we prepared for these events? It may be heavy rain today but dry weather tomorrow. Have policymakers, city planners and housing developers taken these factors into account?

The award for turkey of the year goes to the finger-pointing and blame shifting in the aftermath of the floods that hit many states in Peninsular Malaysia over the weekend of Dec 18.

While the Milli Vanilli song goes “Whatever you do, don’t put the blame on you/Blame it on the rain, yeah, yeah/ You can blame it on the rain”, surely in reality this is not the way to go for those tasked with the specific responsibility of making sure things work while ensuring the safety of the people.