US Frontier supercomputer named fastest in the world 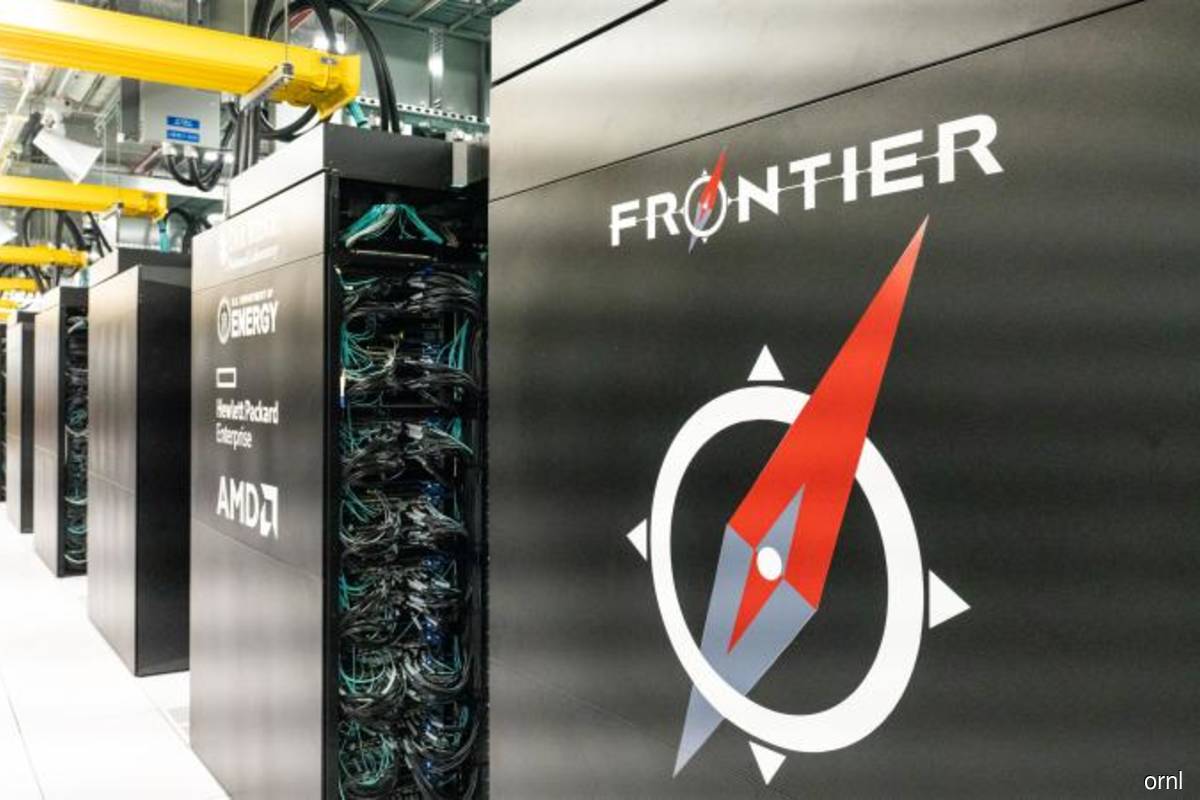 KUALA LUMPUR (June 3): The U.S. Department of Energy’s (DOE) Frontier supercomputer has been designated as the fastest computing system in the world.

In a statement on Monday (May 30), the Oak Ridge National Laboratory (ORNL) said The Frontier supercomputer earned the top ranking as the world’s fastest, with 1.1 exaflops of performance.

It said the system is the first to achieve an unprecedented level of computing performance known as exascale, a threshold of a quintillion calculations per second.

The system leverages ORNL’s extensive expertise in accelerated computing and will enable scientists to develop critically needed technologies for the country’s energy, economic and national security, helping researchers address problems of national importance that were impossible to solve just five years ago.

“It is the result of more than a decade of collaboration among the national laboratories, academia and private industry, including DOE’s Exascale Computing Project, which is deploying the applications, software technologies, hardware and integration necessary to ensure impact at the exascale,” he said.

ORNL said global rankings were announced at the International Supercomputing Conference 2022 in Hamburg, Germany, which gathers leaders from around the world in the field of high-performance computing, or HPC.

It said Frontier’s speeds surpassed those of any other supercomputer in the world, including ORNL’s Summit, which is also housed at ORNL’s Oak Ridge Leadership Computing Facility, a DOE Office of Science user facility.