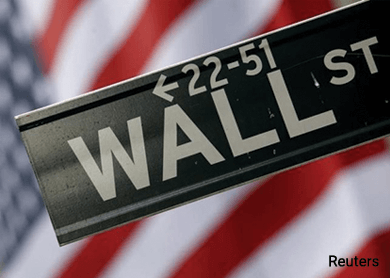 (June 20): U.S. stocks fell on Friday ahead of a summit next week that could decide whether Greece will need to print its own currency and ditch the euro.

Euro zone leaders are scheduled to meet on Monday night in a last-ditch effort to reach a deal with Athens. As bank withdrawals across Greece ballooned to about 4.2 billion euros this week, the European Central Bank boosted its emergency funding for Greek banks.

Friday's decline in stocks "has to do with the meeting on Monday," said King Lip, chief investment officer at Baker Avenue Asset Management in San Francisco. "It's sort of the last lifeline they are going to throw out to Greece and people are selling ahead of that because of the uncertainty."

Lip said, however, that any sharp selling because of developments on Monday could be yet another buying opportunity for investors in U.S. stocks.

"If Greece leaves the union, that removes an uncertainty and is actually good for the markets over the long run; if there is a resolution, that is also good," said Lip. "In some way, whatever happens on Monday is a win-win and (a market selloff) is a buyable dip."

For the week, the Dow gained 0.6 percent, the S&P added 0.7 percent and the Nasdaq, which had closed at a record high on Thursday, rose 1.3 percent.

Utilities led the S&P 500 decline in percentage terms, down 1 percent as a group after gaining 2.7 percent over the previous three sessions.

A market debut fizzled, with shares of 8point3 Energy Partners down 2.4 percent at $20.49. It offered 20 million shares that priced at $21, the top-end of the filed range.

About 7.9 billion shares changed hands on U.S. exchanges, above the 6.03 billion daily average so far this month, according to BATS Global Markets.