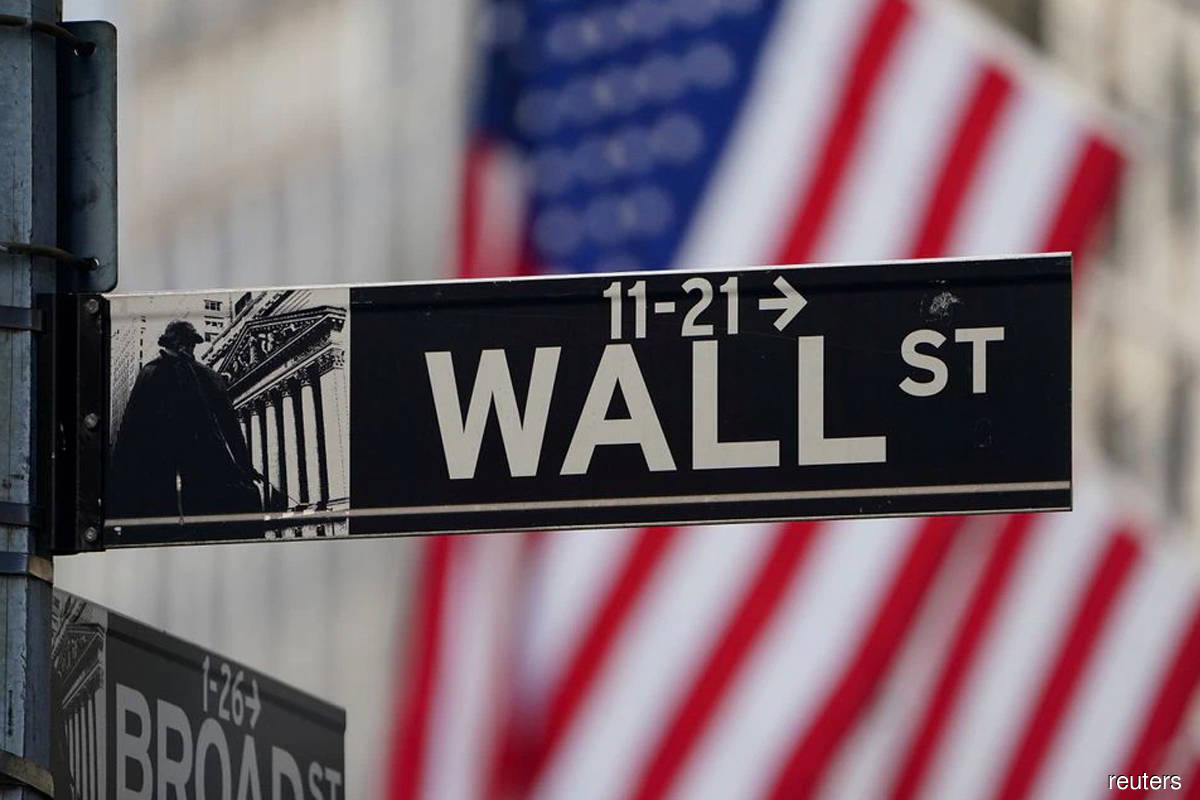 NEW YORK (July 9): Wall Street lost ground on Thursday, with the S&P 500 and the Nasdaq pulling back from record closing highs in a broad sell-off driven by uncertainties surrounding the pace of the U.S. economic recovery.

As the bond market rallied on a flight to safety, all three major U.S. stock indexes tumbled. The Dow's economically sensitive transports plunged 3.3%, its biggest daily drop since October.

"The bond market is reflecting that the probability of there being material inflation over a long period of time is very unlikely, and that’s the fear that had been driving yields higher" before the recent rally, Pursche added.

"We’re in a goldilocks scenario, with enough growth to support the economy but not so much that the Fed changes policy beyond what they’ve already announced," Pursche said.

On Wednesday, the U.S. Federal Reserve released minutes from its latest monetary policy meeting, which showed the central bank does not yet believe the economy has fully recovered, yet a debate on tightening policy has begun in earnest.

Sensing cracks in the U.S. economic recovery, traders covered short positions in the bond market. The yield of the benchmark 10-year U.S. Treasury note fell for the eighth consecutive session.

All 11 major sectors of the S&P 500 ended in the red, with financials suffering the largest percentage loss.

Since China's opening salvo over the weekend against ride-hailing app Didi Global Inc, Beijing has broadened its scrutiny of U.S.-listed Chinese companies beyond the tech sector.

Big banks are due to kick off second-quarter reporting next week. Analysts expect aggregate year-on-year earnings growth of 65.4% for companies in the S&P 500 index, up from the 54% growth forecast made at the beginning of the quarter, according to Refinitiv.

"Much like inflation data I want to see what earnings growth over two years rather than one," Pursche said. "That would be a much better guide as to how strong earnings are going to be."

"Coming out of the pandemic one-year data points are so distorted that they're almost irrelevant."

Declining issues outnumbered advancing ones on the NYSE by a 3.13-to-1 ratio; on Nasdaq, a 1.98-to-1 ratio favored decliners.

Volume on U.S. exchanges was 10.56 billion shares, compared with the 10.65 billion average over the last 20 trading days.