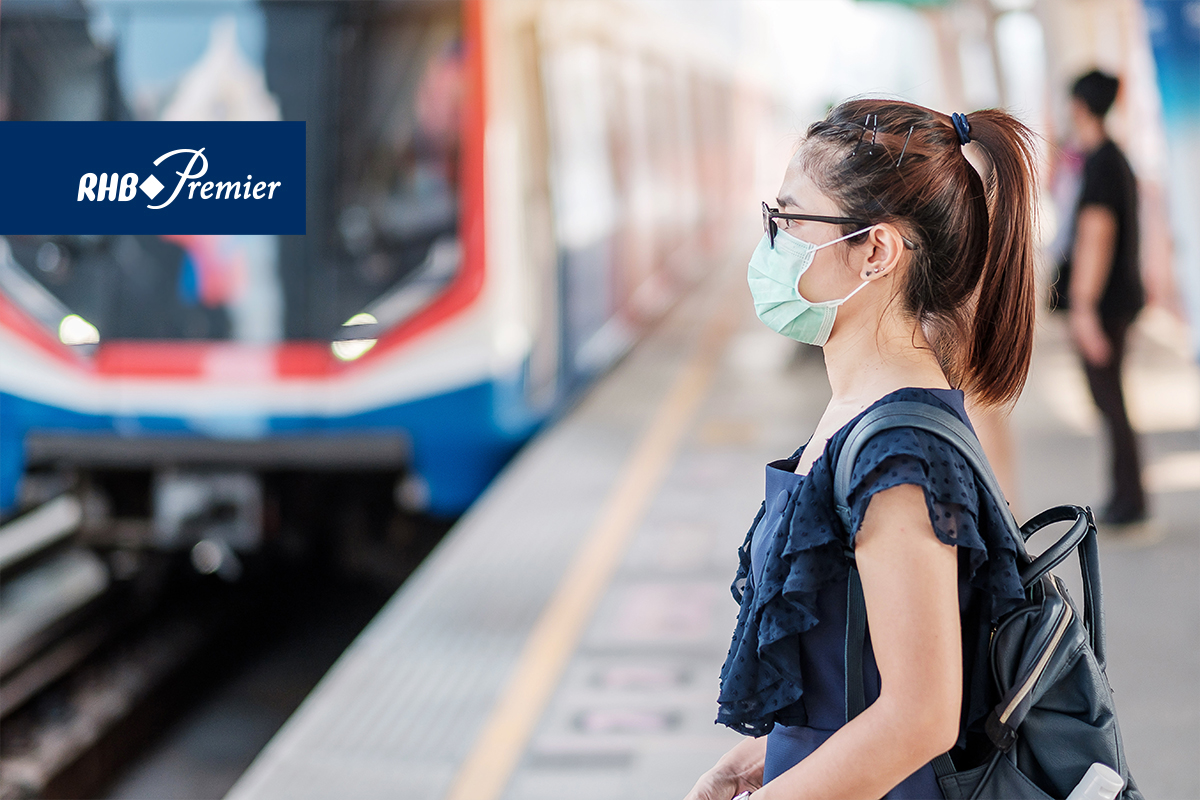 Economic recovery from the Covid-19 pandemic is the key theme for 2021, especially with an increasing number of people receiving vaccines against the virus.

This recovery was well captured in the International Monetary Fund’s (IMF) second consecutive upgrade of global economic growth for 2021. The global growth rate was revised to 6% in April, up 0.5% from the previous upgrade in January.

Still, the pace of the economic recovery continues to be uneven across countries, sectors and even gender. This is mainly due to the differing pace of vaccine rollouts, the availability of fiscal support measures and the surge in new virus variants.

Vaccine rollout was faster in developed economies such as the US and Europe, while Asia lagged behind.

As the proportion of the population being vaccinated is higher in developed countries, there is a visibly positive effect on the economy. There has been news that US companies are asking employees to return to the office by September, suggesting that a move towards normalcy is on the horizon.

The surge in new cases in April and May this year was concentrated in Asia, unlike late last year when it occurred predominantly in developed economies. While this poses downside risk to growth, the negative impact was reduced as businesses and people adapted to the crisis.

The surge in new cases in Asia has eased, but the elevated number of Covid-19 cases in parts of Asia will continue to undermine investor confidence in the short term. The good news is that the vaccine rollout in the region has gained momentum.

Equities are expected to perform well, as corporate earnings will be upgraded, in line with the global economic recovery. The low interest rate environment and ample liquidity will favour equities in the second half of the year (2H2021). Given such a backdrop, RHB favours cyclical names expected to benefit from the economic recovery, with positive vaccine developments. The move towards a green environment, advancement in technology and developments in the healthcare sectors will also benefit from government policies across the globe, such as US President Joe Biden’s infrastructure plan and China President Xi Jinping’s 14th Five-Year Plan.

In Malaysia, RHB expects market sentiment to be dampened in the short term by the extension of the Full Movement Control Order and, now, the imposition in Selangor and Kuala Lumpur of the Enhanced MCO from July 3 to 16. Market players will closely monitor the latest lockdown and its potential impact on the economy and corporate earnings.

The US Federal Reserve has sounded slightly more hawkish in its latest Federal Open Market Committee meeting in June. It brought forward its rate hike forecasts to reflect two potential rate hikes in 2023. Fed chairman Jerome Powell also indicated that the FOMC had talked about tapering.

RHB does not expect interest rates to rise significantly, however, because there is still a high degree of uncertainty over this outlook, especially regarding possible renewed virus waves and the mutation of new variants. The central theme for 2021 will continue to be effective vaccination programmes that will sustain economic recovery from the impact of of the 2020 pandemic.

As such, monetary policies are likely to remain accommodative across both developed and emerging economies in the near to medium term, in support of the sporadic and, hopefully, sustained economic recovery.

Green commodities on the rise

A significant structural driver for numerous industrial commodities is the renewed global commitment towards decarbonisation.

These commodities, such as aluminium and copper, are essential raw materials for the renewable energy sector and their prices rose in 1H2021. This is mainly due to a coordinated policy shift across the globe.

RHB expects the world to further build up its solar and wind energy capacities to reach carbon neutrality, which will continue to keep copper and aluminium demand elevated and push their prices higher in 2H2021.

Higher spot prices for commodities will encourage a response from the supply side, thus increasing the likelihood of the reopening of idle mines and the development of new mines that could weigh on prices. However, there is always a time lag in bringing on new capacity. Other hurdles might impede the increase in the supply of copper. For instance, the uncertain investment backdrop in Chile and Peru is due to political changes. Both countries contribute a combined global copper output of nearly 40%. A lack of new investments and delay in the reopening of idle mines in the two countries will further exacerbate the current undersupply and provide more momentum to copper price increases.

Meanwhile, demand for aluminium is likely to grow, as it is used in applications such as power transmission lines, wind turbines, solar panels and electric vehicles (EVs).

In EVs alone, the European Aluminium Association expects that manufacturers will require 250kg of aluminium per EV in the future and annual demand from the EV sector will amount to 12 million tonnes of aluminium by 2030.

Based on the healthy demand growth outlook, coupled with a time lag in an increase in supply production, RHB remains bullish on copper and aluminium prices for 2H2021 and the longer term.

Gold prices are likely to remain stable or trend up slightly.

Owing to limited and uneven vaccine rollouts, the recovery outlook across developed and emerging economies remained murky at the start of the year. Since then, vaccine rollouts and lower case counts have instilled more confidence in investors in Europe and the US. Parts of Asia have also regained some stability.

Driven by economic recovery and pent-up market demand over the past 12 months, RHB has seen inflation readings trend up.

Markets have long believed that gold is a credible hedge against inflation. RHB believes inflationary pressures, whether structural or transitory, will at least remain present for the rest of the year. Thus, gold prices should at least hold stable or trend up further in 2H2021.

While the Fed’s latest meeting suggested a more hawkish stance, the dot plot (a chart summarising the FOMC’s outlook for the federal funds rate) suggests that rate hikes are likely to be timed for 2023 rather than now, when the US job market recovery is still in progress.

Given the dot plot’s time frame and the likelihood that the vaccine rollout will push on in emerging economies, RHB thinks inflation expectations will remain, thus supporting gold prices for the rest of the year.

At RHB, our Relationship Managers and Investor Specialists stand ready to advise you on the investment strategy to achieve your financial goals. Scan the QR code below to leave your contact details with us so we may address your concerns.